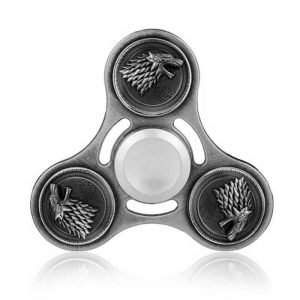 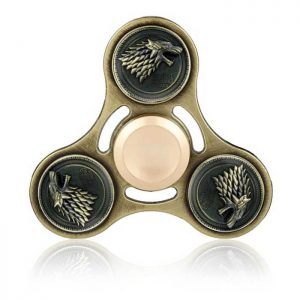 You’re a Stark of Winterfell, you know our words – “Winter is coming“. Thats why they made the Game Of Thrones House Stark Fidget Spinner.

Game Of Thrones House Stark Fidget Spinner – House Stark of Winterfell is a Great House of Westeros, ruling over the vast region known as the North and the Vale as Kings in the North from their seat in Winterfell, recently retaken by the Starks from House Bolton. It is by far one of the oldest lines of Westerosi nobility, claiming a line of descent stretching back over eight thousand years. The head of the house is the Lord of Winterfell. Before the Targaryen conquest, the leaders of House Stark ruled over the region as the Kings in the North. Jon Snow is the current King in the North and the Vale, partially due to the allegiance of Petyr Baelish, the Lord Regent of the Vale, to House Stark.